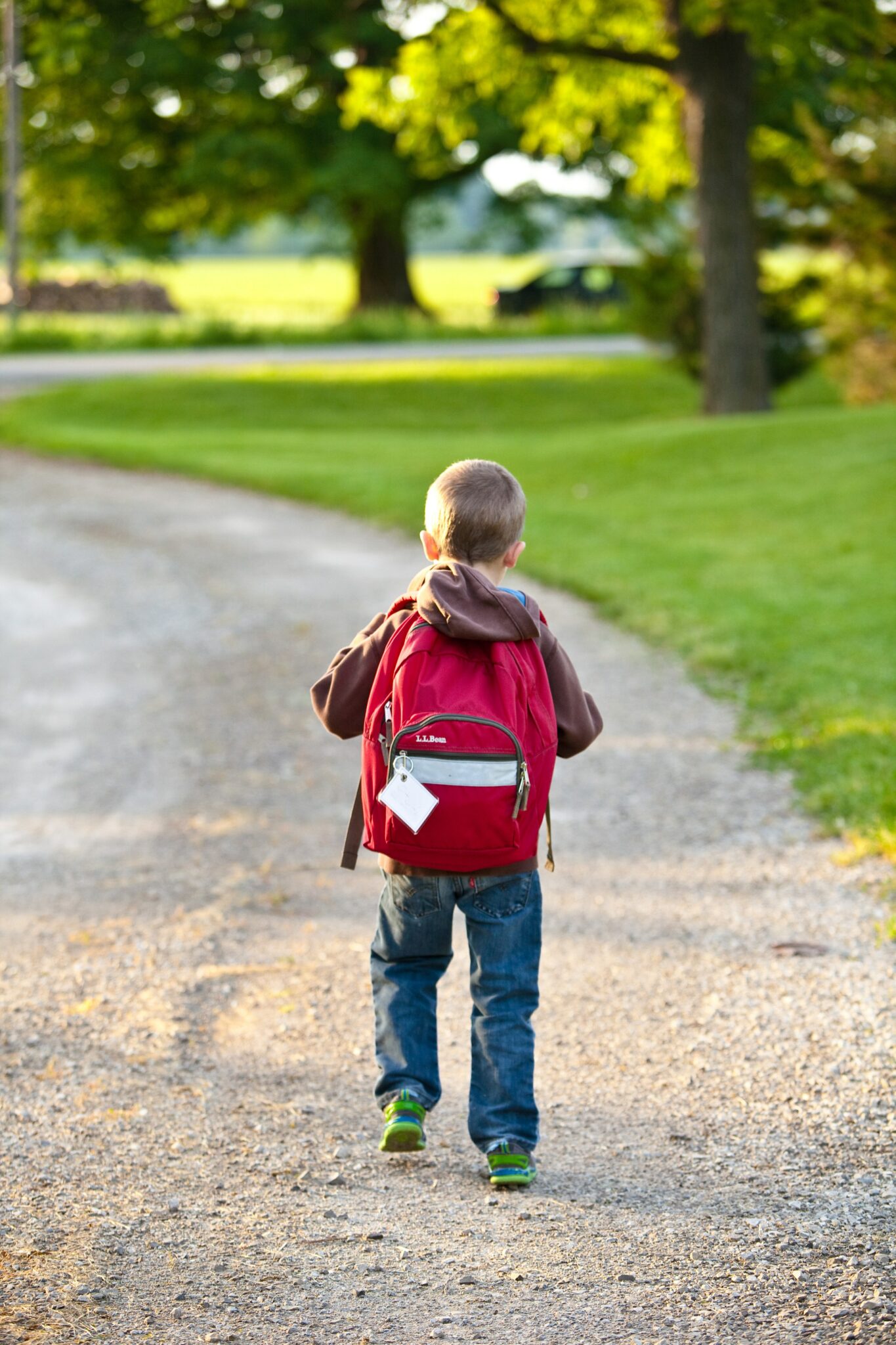 Is the Bear Market Over Already?

It’s hard to believe the kids in Encinitas are back in school already.  We hope you’re having a great end to the summer.

Is the bear market over?  You might think so considering the performance of the stock market over the last 6 weeks.  The S & P 500 has gained over 14% since the middle of June and gained back over half of the losses on the year. 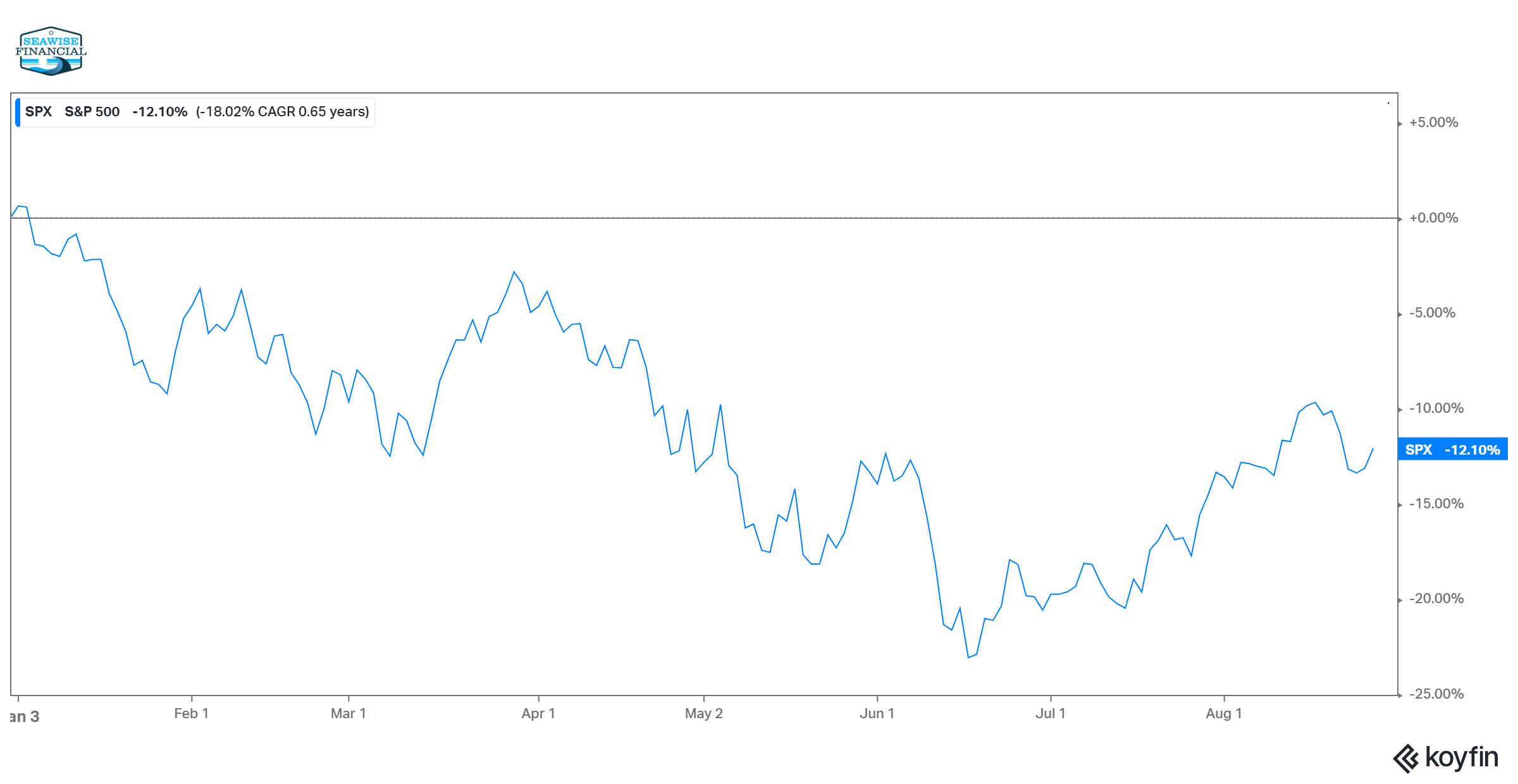 Why might we have rallied so much so quickly?  Continuing on the news from last month, inflation continues to fall.  Gas prices, shipping costs, and other inflation measures are all coming down.  This is good news and I’m sure a sigh of relief for all Americans that have been hit with high costs over the last year.

Another reason is just a slight change in investor sentiment.  Remember this chart from last month?  It turned out to be a pretty reliable short-term buy signal. 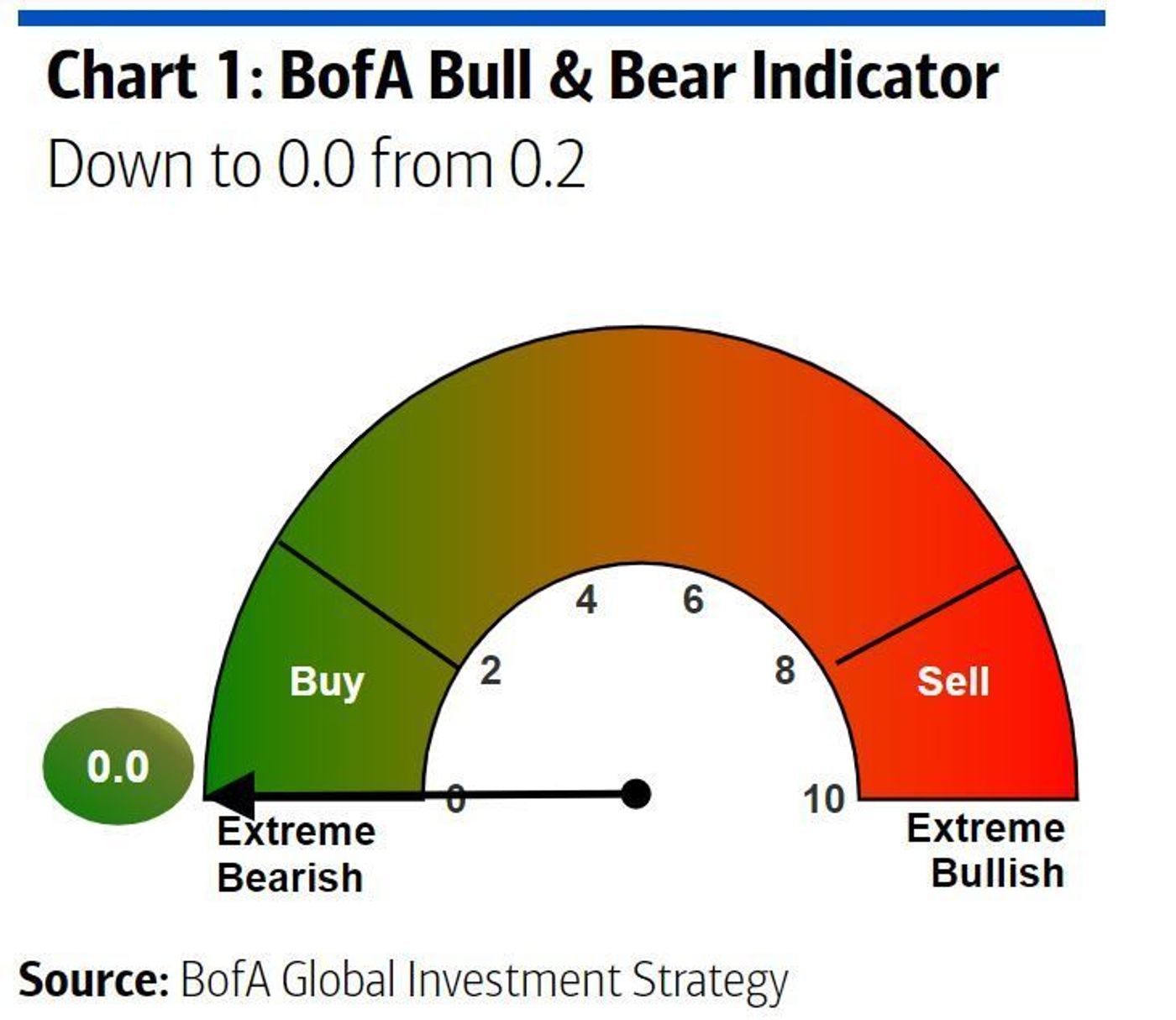 Sometimes investors are so pessimistic that the worst is going to happen, the slightest hint of good news sends the market much higher.  Sameer Samana (Wells Fargo strategist):

“People, to a certain extent, had been throwing in the towel on equities.  They were worried about commodity prices, worried about a recession. What often happens when you get that level of concern is that everybody is on one side of the boat.  When that happens is you get a piece of data that isn’t as bad as feared, and people shift to the other side.  It causes a herd mentality.”

Will the rally continue?  It could – but we’d have to ignore some pretty big macro concerns for us to reach new highs again.  Even though it seems to be coming down, inflation is still much too high and the Fed will continue to raise interest rates until it reaches a level they are comfortable with.  Stock earnings, while decent last quarter, have really not taken too much of a hit from rising costs yet.  But the big shoe yet to drop is in housing.  New home sales are coming down fast.

Home affordability is the worst it’s been in 33 years.  The price reductions will come next.

Add in a midterm election in a couple of months and you’ve got a recipe for a lot of volatility as we reach the fall. An interesting fact about the midterm coming up?  Regardless of which party controls the White House, the stock market loves the period after midterm elections.

“Market performance following midterm elections has been positive in every period since 1939.  Historical statistics might suggest long-term investors will find the current market correction to have been an opportunity.”  – Joe Terranova

Some stats on the period after a midterm election to June 30th of the following year:

You can see the data on this here.  Why is this?  It could be data mining – after all, stock market returns are positive 3 out of every 4 years on average.  It could also be that some uncertainty gets removed from the economy by knowing who is locked in for the next 2 years.  In either case an interesting thing to keep an eye on.  While the political process can get ugly, at least we might have something positive to look forward to come November.

Are We In A Recession?