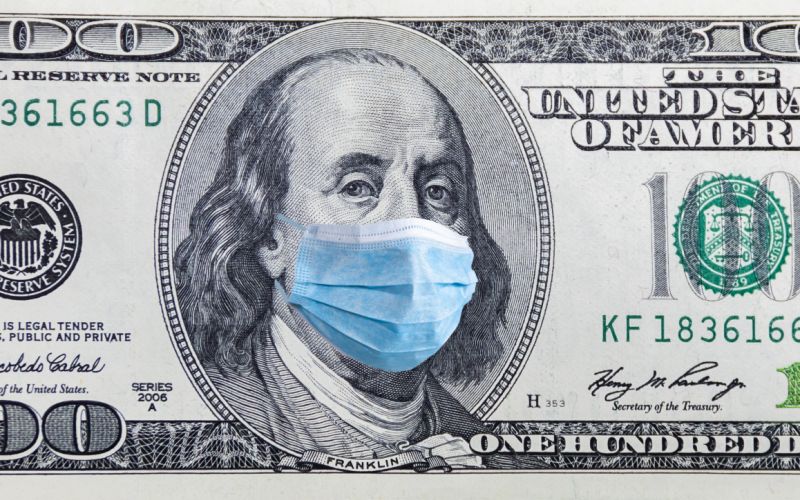 Last week the stock market crashed and the 11-year bull market that started in March of 2009 ended.  Well, depending on who you asked they might have called it a crash, or correction, or selloff, plunge or something else.  Either way, the market (S&P 500) lost 7.59% on Monday for (at the time) its biggest point loss in history.  Then it lost another 4.88% on Wednesday.   Then another 9.49% on Thursday (now the biggest point loss in history).  We had a big rally yesterday but that has become secondary to what else is going on in the world. An air of concern, if not outright panic, is starting to percolate as we keep seeing the news feed update.  The NBA postponed their season.  Tom Hanks is infected.  Schools are shut down.  You’re probably hearing from your local mayor about “community spread” and watching people buying toilet paper and hand sanitizer in anticipation of essentially shutting the country down.  We’ll probably remember this week for the rest of our lives. 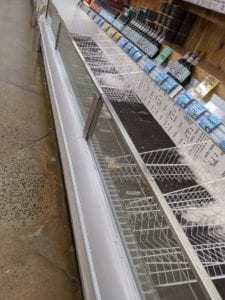 You’ll probably see some articles out there saying that you should stay calm.  Stay the course.  I’m not sure that advice is necessarily helpful – but full-blown panic isn’t either.  I liked this quote by Morgan Housel:

” It’s OK to admit that we’ll get through this and that this is a big deal. Those are not mutually exclusive. It’s tempting to want to put yourself in one of two camps: pure panic, or pure optimism. The grey area feels uncommitted, which is hard to distinguish from unaware. But it’s probably the most reasonable position. A barbell personality of optimistic on one side and paranoid on the other is helpful in a world where long-term growth punctuated by moments of panic is the norm.

It’s also OK to admit that things will likely get worse but there’s also almost zero expectation of good news. So good news, when it comes, will feel sensational. This is true for both market prices and (more important) people’s overall optimism.”

So, what am I doing?  Same as I’ve always done for clients. As most of you know, I construct financial plans which build in contingencies like bear markets into the analysis.  I also utilize rules-based portfolios that take the emotion out of the investment decisions made.  Each of the portfolios that clients have are recommended for their specific situation.  The model portfolios rebalanced twice over the last 2 weeks.  These changes aren’t made on hunches or bets, but merely selling high (bonds) and buying low (stocks) when certain triggers occur.  It takes the emotion out of the investment process and that is probably the most valuable thing that you can do right now if you are an investor.

This is my 22nd year in the financial industry.  Some of you have been investing for much longer than that.  We’ve been through the Dot-com bubble, 9/11, the Great Recession of 2008, the Euro debt crisis, the US losing AAA status, the (last) oil crash in 2016, and various other downturns.  We’ve always come out of it on the other side and this will be no different.

On March 10, 2009, almost exactly 11 years to the date that this bull market ended, the market went up 6.37%.  In the depth of the financial crisis, for no discernible reason, the market started going up again.  By the end of that week it was up 10.79%.  It kept going. At the depths of the worst news of the cycle the next bull market was born.  We’ll be there again.

I’ll leave you with this quote from Nick Maggiuilli:

“One day, this human tragedy will end.  We will come out of our houses and we will go to games.  We will eat out.  We will celebrate.  I don’t know when that day will come, but it will.

And when that day comes, I hope you remember this moment.  Sitting at home.  Getting your paycheck.  Not spending as much money as you probably normally would.

Because when COVID-liberation day comes, I want you to go all out.

Tip your Uber drivers.  Tip your hosts.  Tip your waiters.  Tip your flight attendants.  15%?  No.  Do 30%.  Give back to those people who aren’t fortunate enough to be sitting at home right now living their lives through the internet.

Spend the money you would have normally spent had this virus not been present.  That’s how we get things going again.  Go all out.  I know I will.”

3 Things I Learned from the Coronavirus Crash

Please reach out if you want to discuss anything.