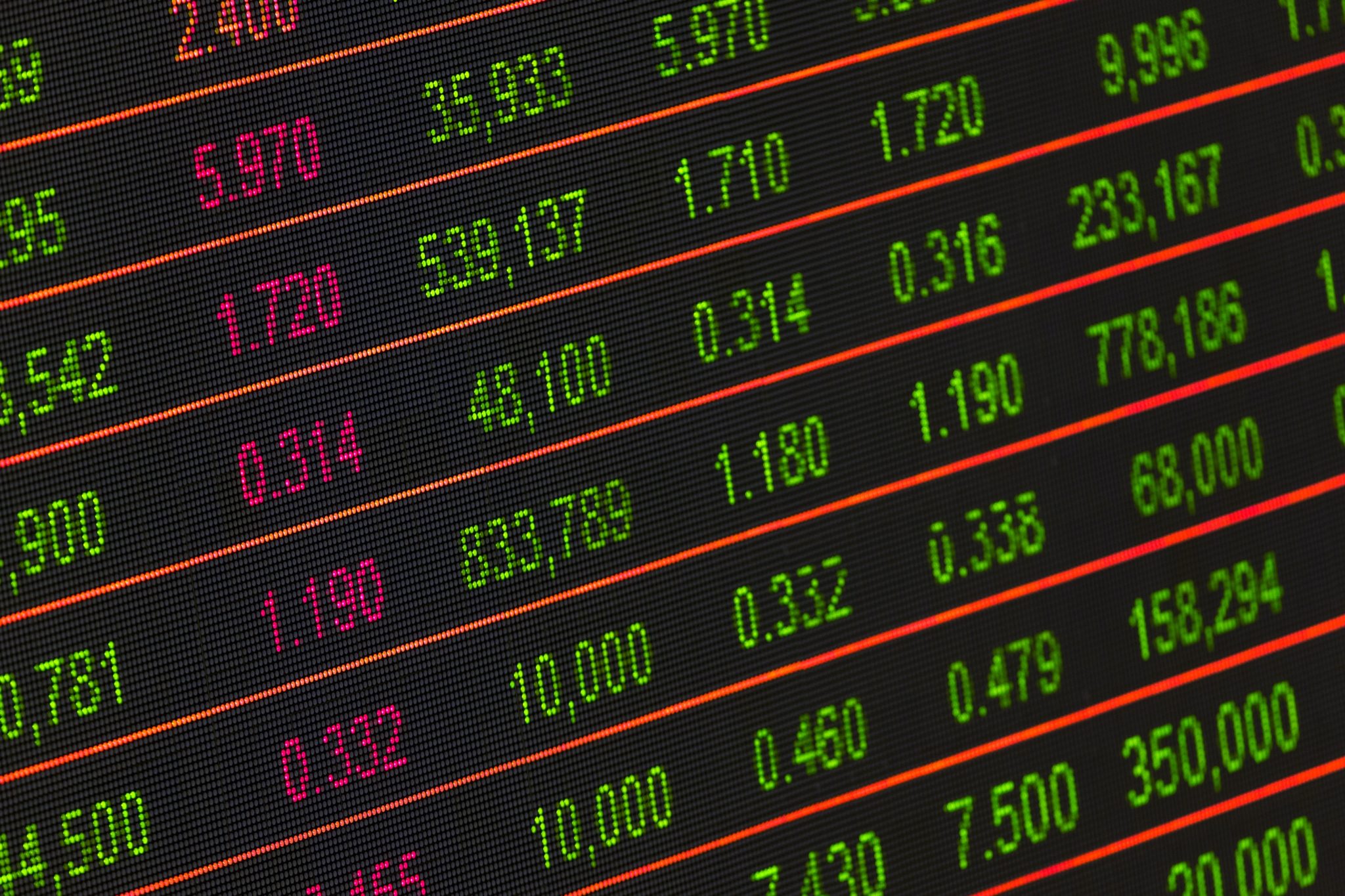 Why the Stock Market Keeps Going Up Despite the Bad News

By Tim KenneyMay 29, 2020Stocks, The Economy
No Comments 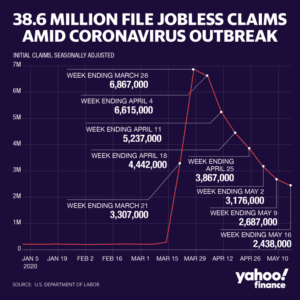 Right after the first unemployment claims were reported in late March, the stock market started to go up.  In the face of horrible economic news, it kept going up.  In fact, as of 5/28, the S&P 500 is now only 10.52% away from its all-time highs.  The NASDAQ index, comprised of mostly technology stocks, is up +4.9% this year. 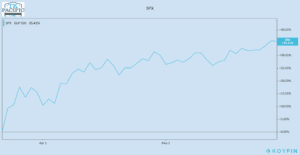 How can this be happening?  We all know people who have been laid off or furloughed.  The unemployment rate is inching toward being as bad as it was in the Great Depression.  No one is spending like they used to.  So how can the stock market be rallying right now?

This kicked off the rally as the Fed essentially took a full-blown liquidity crisis off the table.  The Treasury followed by sending checks to families and providing forgivable loans to small businesses.  Just look at what the Fed was able to do in just over a month:

In all, the programs could combine to provide more than $6 trillion of liquidity to the financial and business system.“

Unlike 2008, the stimulus provided in response to the crisis has not only helped publicly traded companies, but families and small business owners as well.  Goldman Sachs even thinks that personal disposable income will be positive in the 2nd and 3rd quarters of this year which would be mind-boggling. 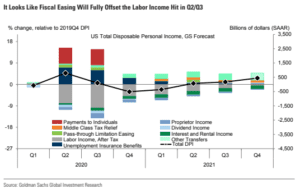 The S&P 500 is not the economy, and it is dominated by the biggest stocks

The S&P 500 is merely a collection of the biggest 500 companies in the United States.  Yes – there is a correlation between the health of the economy and the direction of the stock market, but they don’t necessarily move in lockstep.  Why?  Look under the hood of the S&P.   The S&P 500 is market cap weighted – meaning the largest companies have a higher weighting in the S&P 500 than the smaller components do.  In other words, bigger companies have an outsized effect on the performance of the S&P 500 than smaller companies do.  Taking that a step further, the top 5 companies in the index represent over 20% of the entire index.  Let’s look at how they have done year to date (data as of 5/28/20):

I’d venture to guess that most of you either spent money or used a product from each one of these companies during quarantine.  Not only have the big tech companies benefited during the crisis, but healthcare is a big part of the index as well. 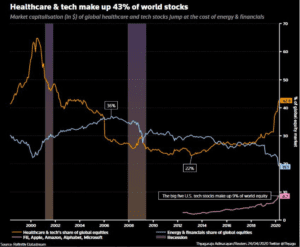 The bad economic data is backward looking, the market is forward looking

“With the stock market in the midst of a massive two-month rally — 35% since the March lows — investors are wondering if this is going to be just a blip in a long bear market (like 1975) or the start of a new bull run (like 1982).”

Was this written last week?  No – it was written in May of 2009, right in the depths of the financial crisis.  The economic data was terrible.  The unemployment rate was pushing 10%, people were losing their homes, and we were seriously debating whether or not we were going to nationalize the banks.  What did the market see?  Just simply that things were going to get incrementally better in the future from what had been priced in.  That’s what it does.  Josh Brown wrote about this recently:

“The bears forget, as the bulls sometimes forget, one very crucial thing about market participants – they don’t care about Good or Bad. Those two words are worthless on Wall Street, where the odds are never published and you’re always guessing at the expectations of the other bettors. So if there’s no Good or Bad, what is there? Well, the only two words that matter – Better or Worse. Don’t tell me employment is good or bad, tell me if its better or worse than expected. Don’t tell me if Nvidia had a good quarter, tell me if it was better or worse than expectations.”

This is why sometimes bad news is good news for the market.  This works the opposite way as well, like when certain economic indicators come in better than expected the market sells off in anticipation of an upcoming interest rate hike.  The market is a forward looking, discounting mechanism that sometimes zigs when you think it will zag.  So if a cure is announced and the market sells off on the news don’t say I didn’t warn you.

So will this continue?

When this crisis started I wrote, “On March 10, 2009, almost exactly 11 years to the date that this bull market ended, the market went up 6.37%.  In the depth of the financial crisis, for no discernible reason, the market started going up again.  By the end of that week it was up 10.79%.  It kept going. At the depths of the worst news of the cycle the next bull market was born.  We’ll be there again.”

Did I expect this to happen a week after I wrote the post in March?  No.  But here we are.  There are a lot of risks out there that could cause us to retest the lows in March.  A second wave of the virus in the fall.  We still have to get 30 million Americans back to work.  But whatever happens, I would be prepared for any outcome.  I thought Morgan Housel put it well:

“Opposite outcomes currently seem equally plausible. So whatever happens to the economy it will look obvious in hindsight. If we collapse into years-long depression people will say, “Of course we did. 20 million people lost their jobs in one month. What did you expect?” If we quickly develop a vaccine and optimism returns people will say, “Of course we figured this out. Every pharmaceutical company in the world was focused on defeating one virus. What did you expect?””

The Coronavirus Stimulus Package – What Does It Mean for You?