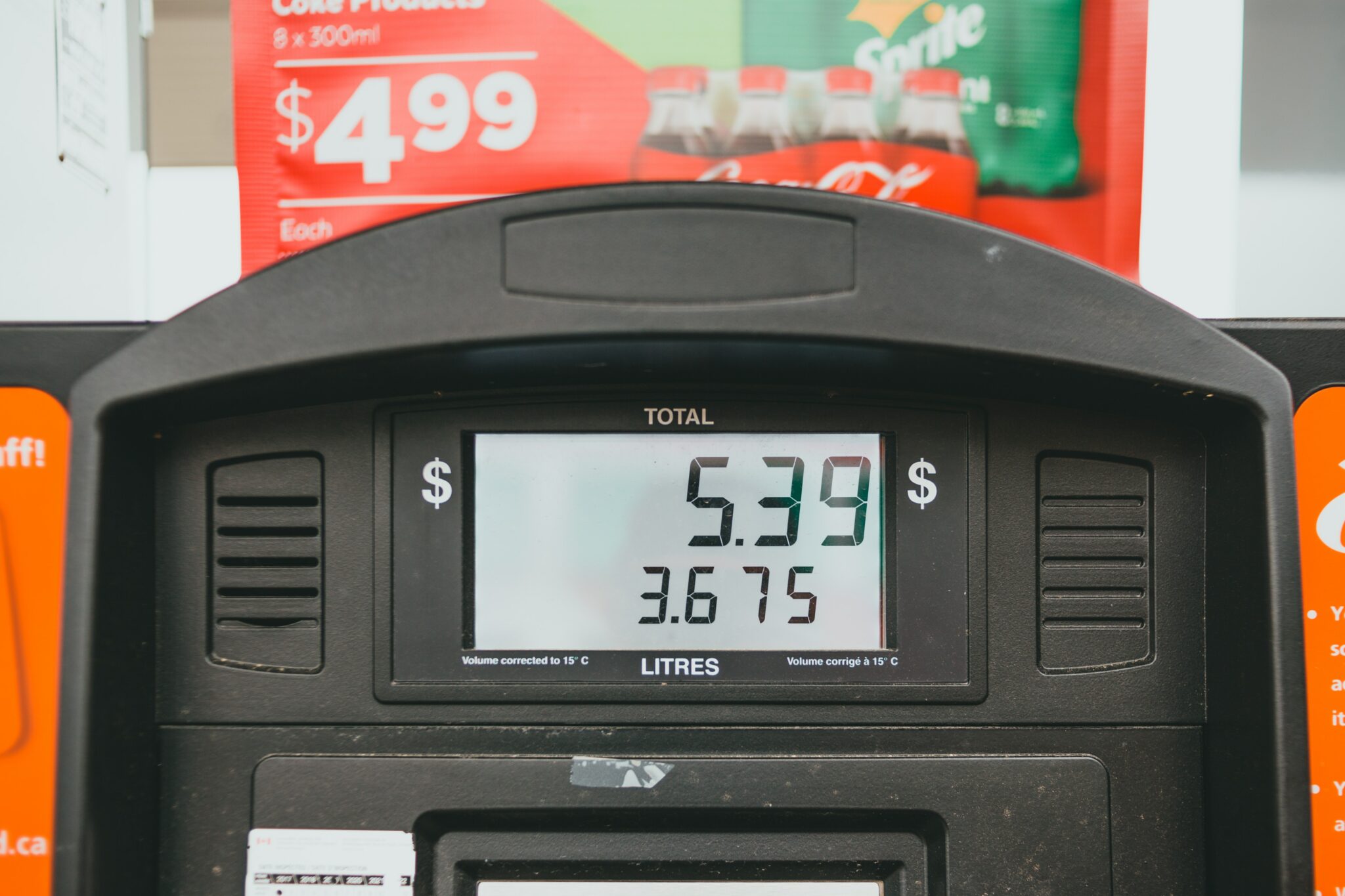 Is a Recession Coming?

After a fairly somber start to the year following the Russian invasion of Ukraine, rising prices in just about everything, and the stock market selloff, we finally had some positive action in the market this month.  In the face of all of those headwinds, the stock market managed to gain back a good portion of its losses on the year.  We’re now back to within 4% of all-time highs in the S&P 500. 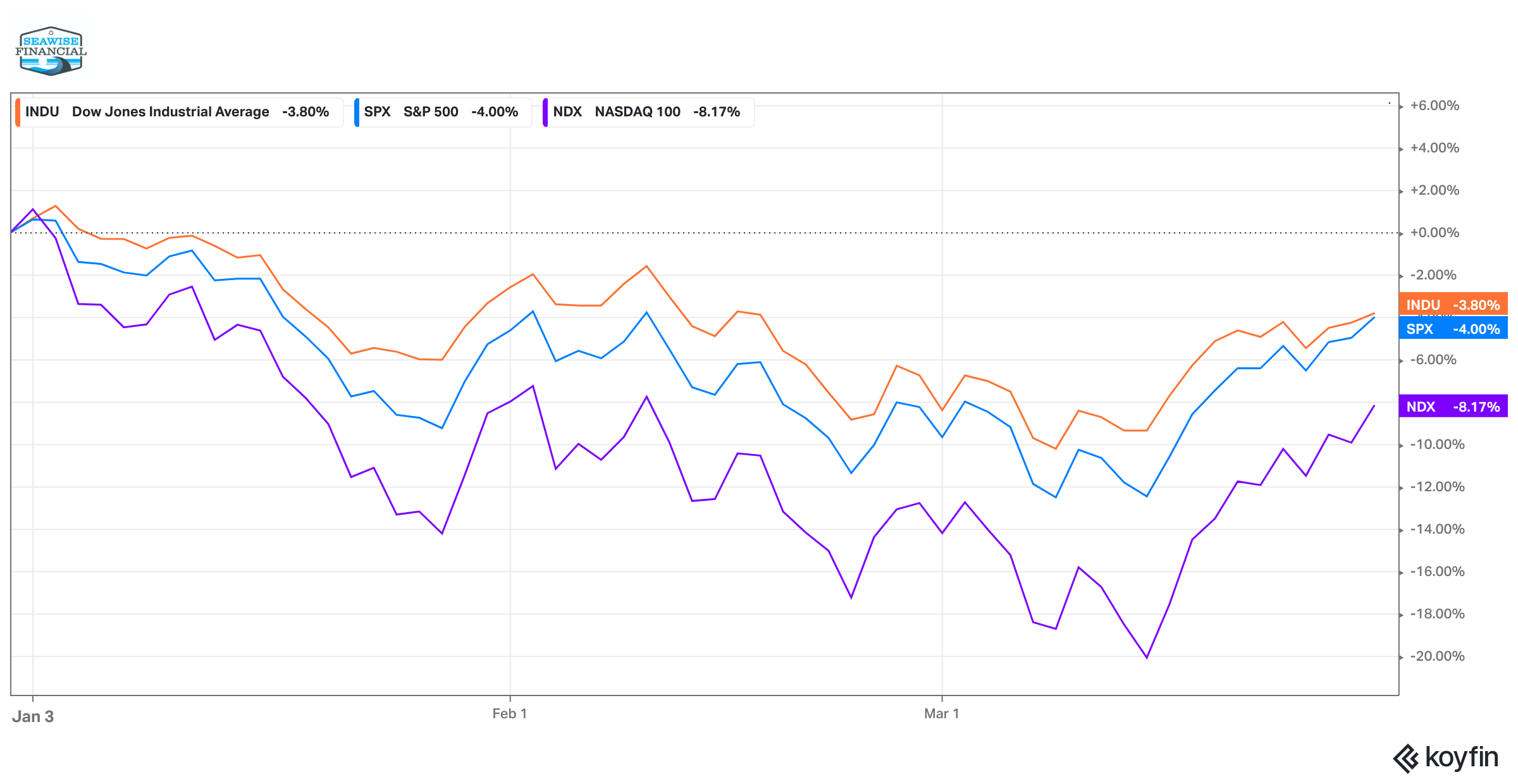 Why is this?  Part of it is likely the repositioning of institutional investors rebalancing into beaten down stocks at the end of the quarter.  Part of it could be due to the strength of the American consumer right now.  The job market is on fire.  There are over 11 million open jobs right now – there are almost 5 million more job openings than workers to fill them. 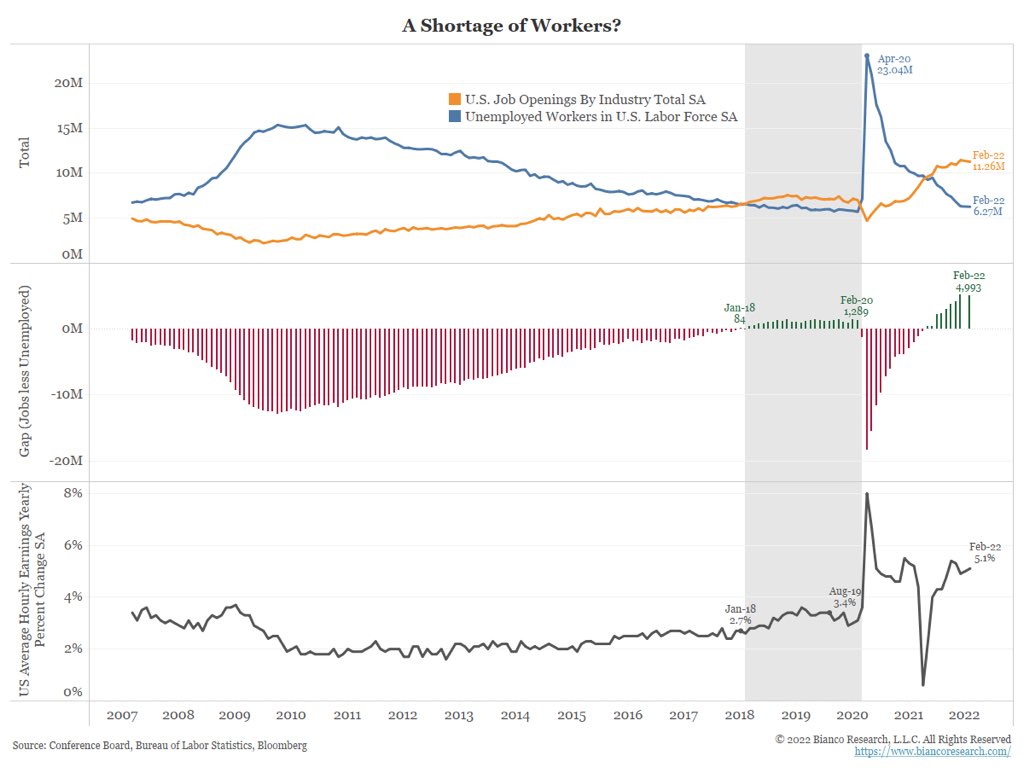 There is definitely a wealth effect present for homeowners with the massive appreciation in home prices.  Over the last year, home price increases outpaced median salaries in 25 of 38 metro areas!  Americans are now sitting on more home equity than ever before. 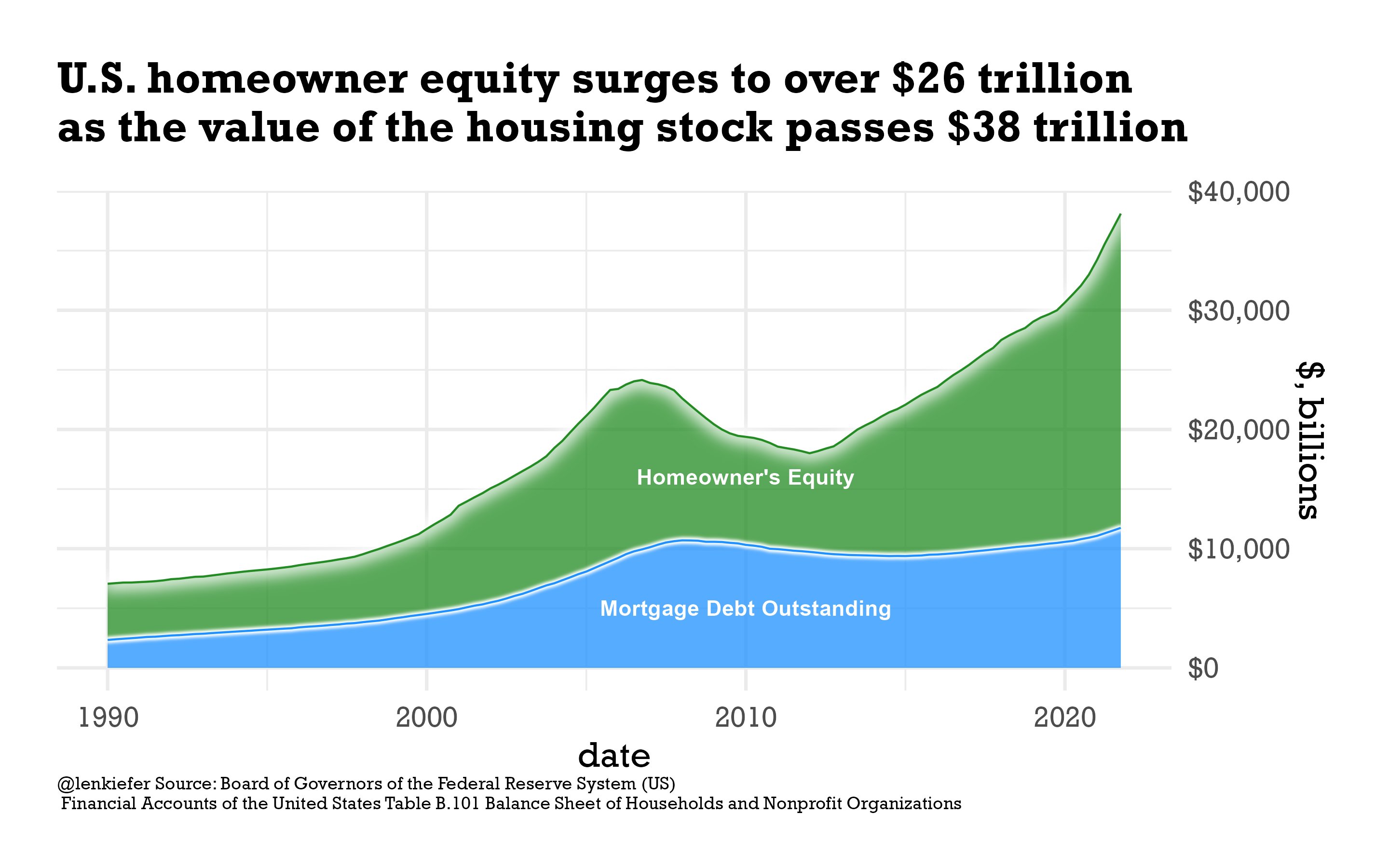 And somehow, after we essentially shut down the world economy during COVID, our net worth has never been higher.

Travelling is picking up too.  After 18 months trapped at home during COVID, places like Disneyland, Ski Resorts, and New York City are seeing visitors come back in droves.  Delta Airlines had the two busiest days for sales in its near 100-year history last week.

Even with the positive news, it’s hard to square the recent market rally with all of the economic headwinds we are facing right now.  Famed investor Carl Ichan recently stated, “I think there very well could be a recession or even worse”.

Why?  Per economist Danielle DiMartino Booth, “Over time, the three biggest factors that tend to drive the U.S. economy into a recession are an inverted yield curve, some kind of commodity price shock, or Fed tightening”.  We (almost) have all three right now.

The commodity price shock is already here.  We all know what’s happening with the price of oil and food right now.  These trends were in place even before the Russian invasion of Ukraine.  The chart below shows that rising energy prices, specifically a 50% rise in oil prices like we have now, have typically preceded recessions.

The Yield curve inversion, a wonky event in the bond market when short term interest rates move higher than long term rates, briefly inverted on Tuesday.  I wrote about the mechanics of a yield curve inversion last time it happened.  It, so far, has preceded every recession since 1955 – although it doesn’t mean a recession in necessarily imminent.

Finally, the Federal Reserve started to raise interest rates this month in an attempt to cool inflation.  Markets are expecting rate hikes for the remainder of this year and next.  As borrowing costs go up, you’d have to imagine demand for things like mortgages and car loans will start to slow down.  30-year mortgages have increased significantly recently with rates moving from 3% to almost 5% as of this writing. 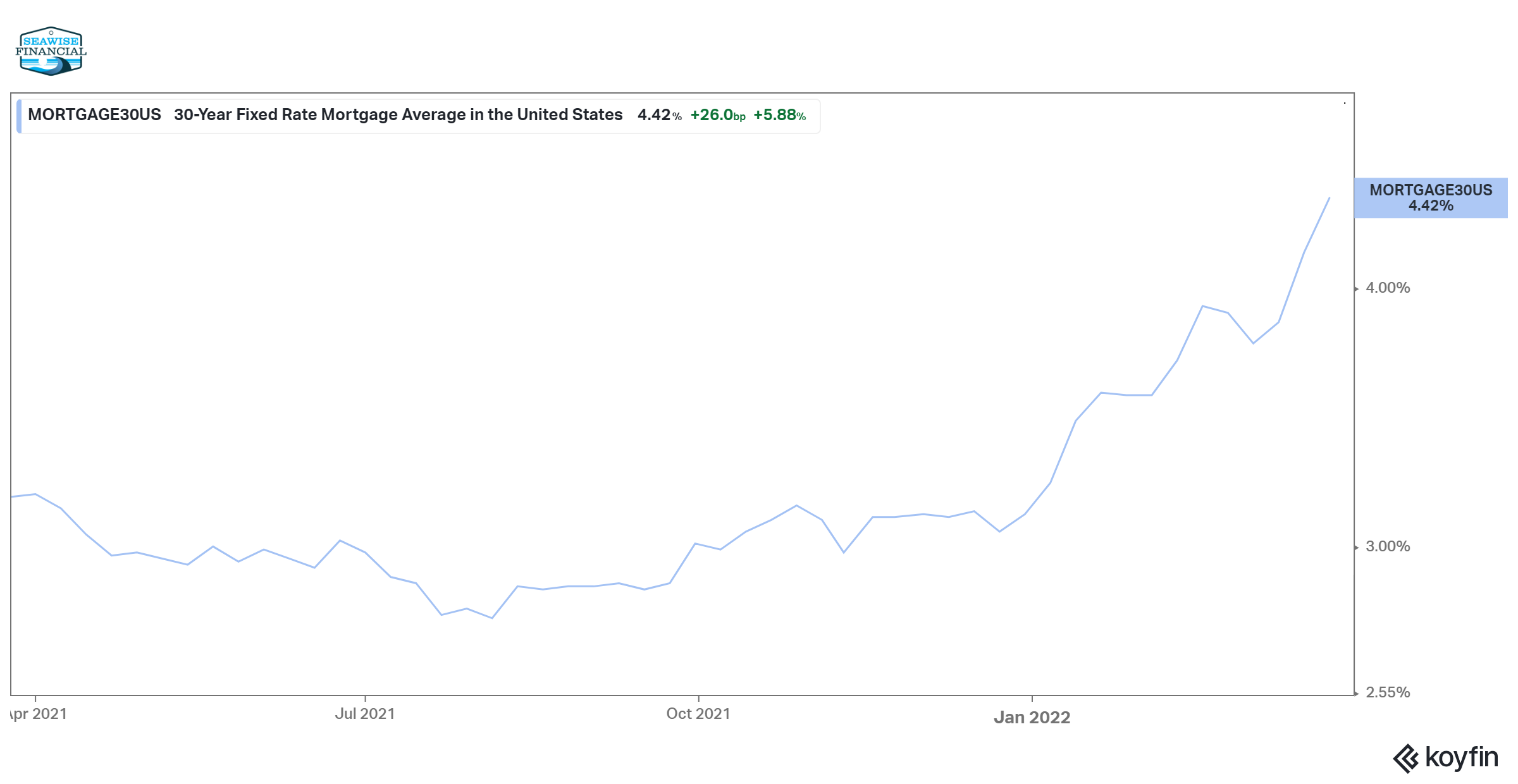 So, we’re essentially 3 for 3 in recession indicators yet the stock market has rallied into the end of the month.  There’s always a chance through a combination of Fed policy, easing prices, and a healthy consumer we can sidestep a recession and keep unemployment low.  Unfortunately many don’t believe we can, as stamping out inflation seems to be the #1 motive of central banks right now and that means slowing down demand.  You have to think that a slowdown in the economy is on the horizon.

Lastly, even though we’re all paying much more at the pump than we’ve been used to, Best Pizza in Cardiff reminds us that there’s an alternative to gas out there we can all get behind. 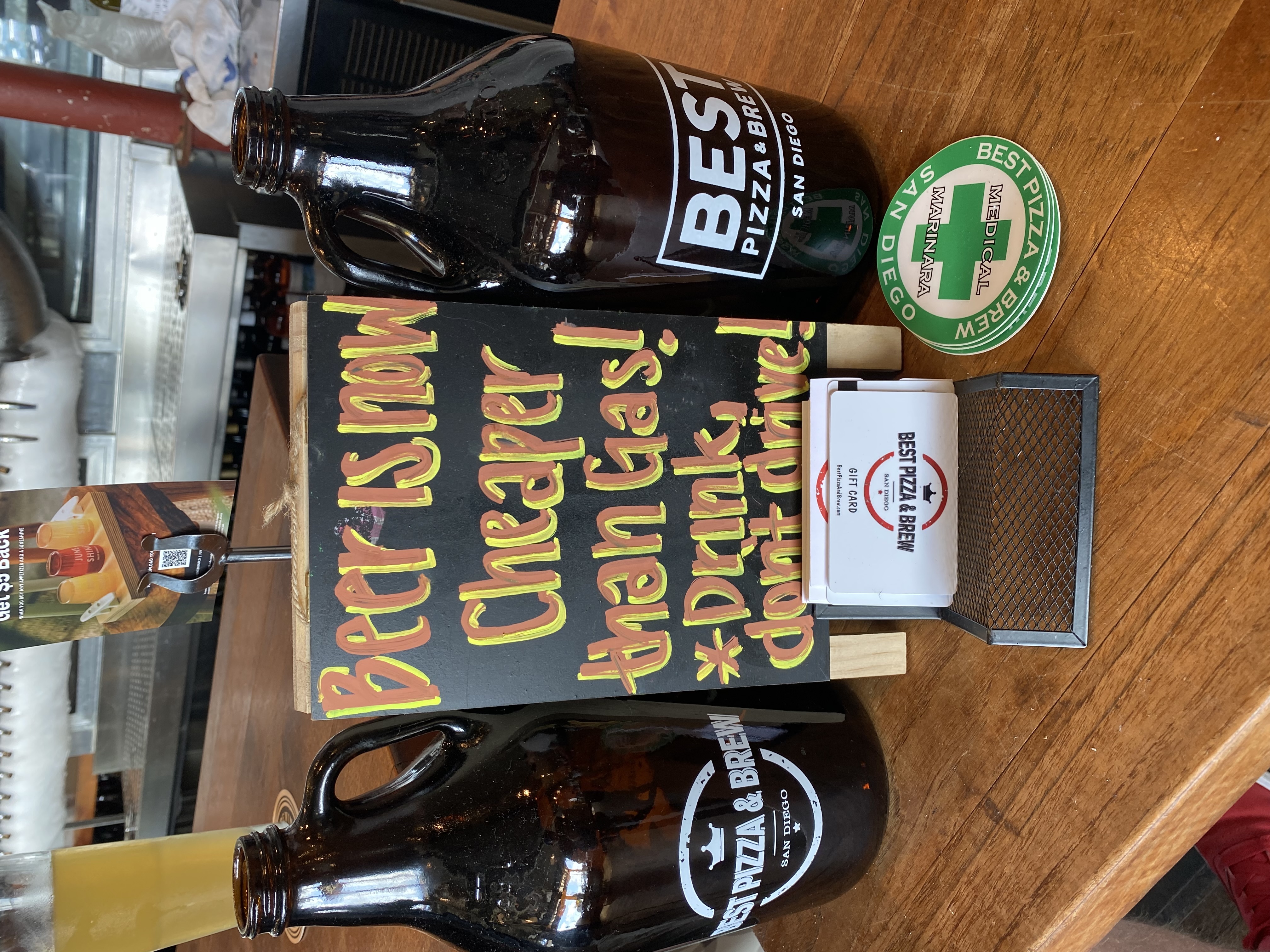 Please let us know if we can address any thoughts or concerns you might have.