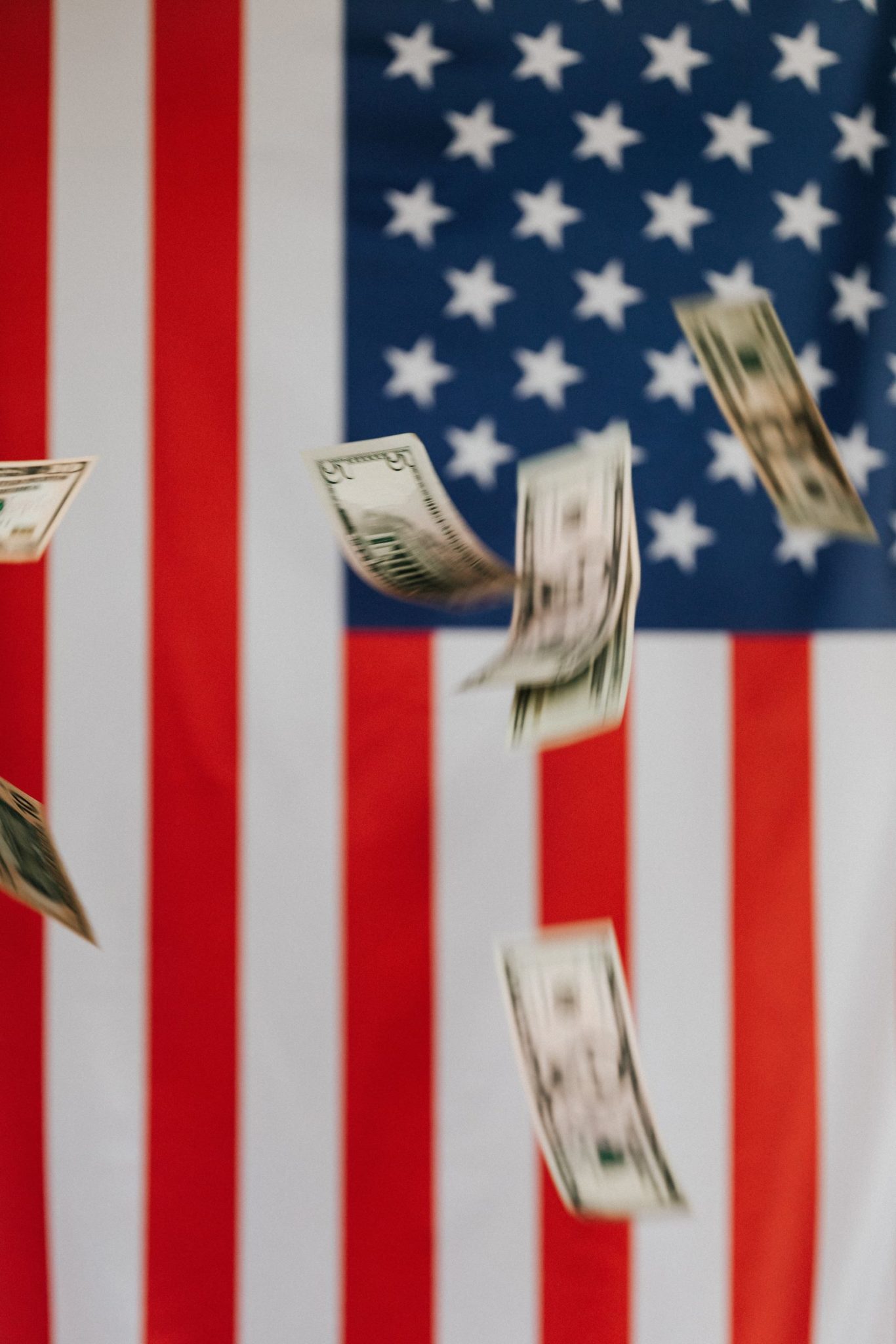 By Tim KenneyJune 29, 2020Investing, Stocks, The Economy
No Comments

It’s hard to believe that in the midst of a global pandemic, with roughly 21 million Americans unemployed and our economy only partially open, that people are starting to worry about inflation.   Yet, here we are as last week Jeremy Siegel (author of one of the most famous investment books ever, Stocks for the Long Run) discussed this very possibility on the Masters in Business podcast.

We’ve been hearing about fears of hyperinflation since the 2008 financial crisis and the historic monetary policy response to keep the economy afloat.  After all, that’s what we were taught in economic textbooks, right?  If too much money enters the financial system and that money chases after too few goods and services, you get inflation.  Yes, inflation did occur in certain areas of the economy like health care costs and college tuition, but it was mostly subdued.  Long term interest rates, a gauge of inflation expectations, stayed low as well.  So why does he think the economic response to COVID will be different this time?

Money is going directly to citizens, not just to banks

In 2008, the Federal Reserve pulled out all the stops to try to prevent an economic collapse.  It dropped interest rates to zero and embarked on a number of programs to keep banks solvent and inject some liquidity in the markets.  All in all, it purchased about $2.1 trillion in bonds from banks in exchange for cash.  So why didn’t all of that cash cause inflation?   Because the banks kept it.   It was never lent out into the system.

The chart above is one measure of the velocity of money, used to measure how often a dollar is used to buy goods or services in the United States.  You can see that even though the Fed provided historic liquidity to the market, it did not stimulate borrowing or spending.

So, what’s different about this time?  The Federal Reserve has enacted a similar policy of dropping rates to zero and exchanging bonds with banks for cash.   We’re still a little too early to know if that money will be lent out but you have to think that banks will probably use the funds to repair their balance sheets again.  BUT – this time Congress acted as well.  Yes, you can thank your elected officials as they were able to get money to people in the form of $1200 stimulus checks, PPP loans to businesses, and expanded unemployment benefits.  Personal incomes posted a 10.5% increase in April. 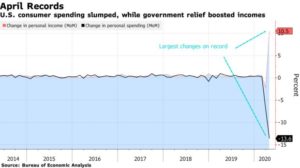 “All that money flowed into bank accounts. Bank of America CEO Brian Moynihan told CNBC last month that checking accounts below $5,000 in balances actually had up to 40% more money in them than before the pandemic“.  These benefits actually caused the poverty level to decrease as well.   Now imagine what will happen if that money starts being spent.

The potential for more fiscal stimulus – perhaps for a while

We’re heading into an election and there is evidence that the stimulus from the CARES act worked to help Americans struggling economically with the pandemic.  Do you want to bet on the politicians looking to get re-elected in November pulling back stimulus now?  From Morgan Housel:

“All that matters here is that people’s perception of what policymakers are capable of doing when the economy declines has been shifted higher in a huge way. And it’s crazy to think those new expectations won’t impact policymakers’ future decisions.

It’s one thing if people think policymakers don’t have the tools to fight a recession. But now that everyone knows how powerful the tools can be, no politician can say, “There’s nothing we could do.” They can only say, “We chose not to do it.” Which few politicians – on either side – wants to say when people are losing jobs.

I think the $600 a week unemployment benefit boost will stick. If it expires it’ll likely return, maybe in a different form. Anything less – going back to what was “normal” 90 days ago – will feel inadequate to unemployment workers who now know what the federal government is capable of doing.”

So, will we finally get inflation?  It remains to be seen but it would have huge ramifications for investors, especially considering how most are positioned today.  Bondholders would feel the most pain.  Sectors that have been beaten down like financial and energy might come back, as might foreign stocks as our dollar gets weaker.

The whole interview is worth listening to as they also discuss the rise of the daytrader, FANG stocks, the upswing in COVID cases, and why the 60/40 portfolio might evolve into 75/25.  You can listen to the whole interview here:

Why the Stock Market Keeps Going Up Despite the Bad News