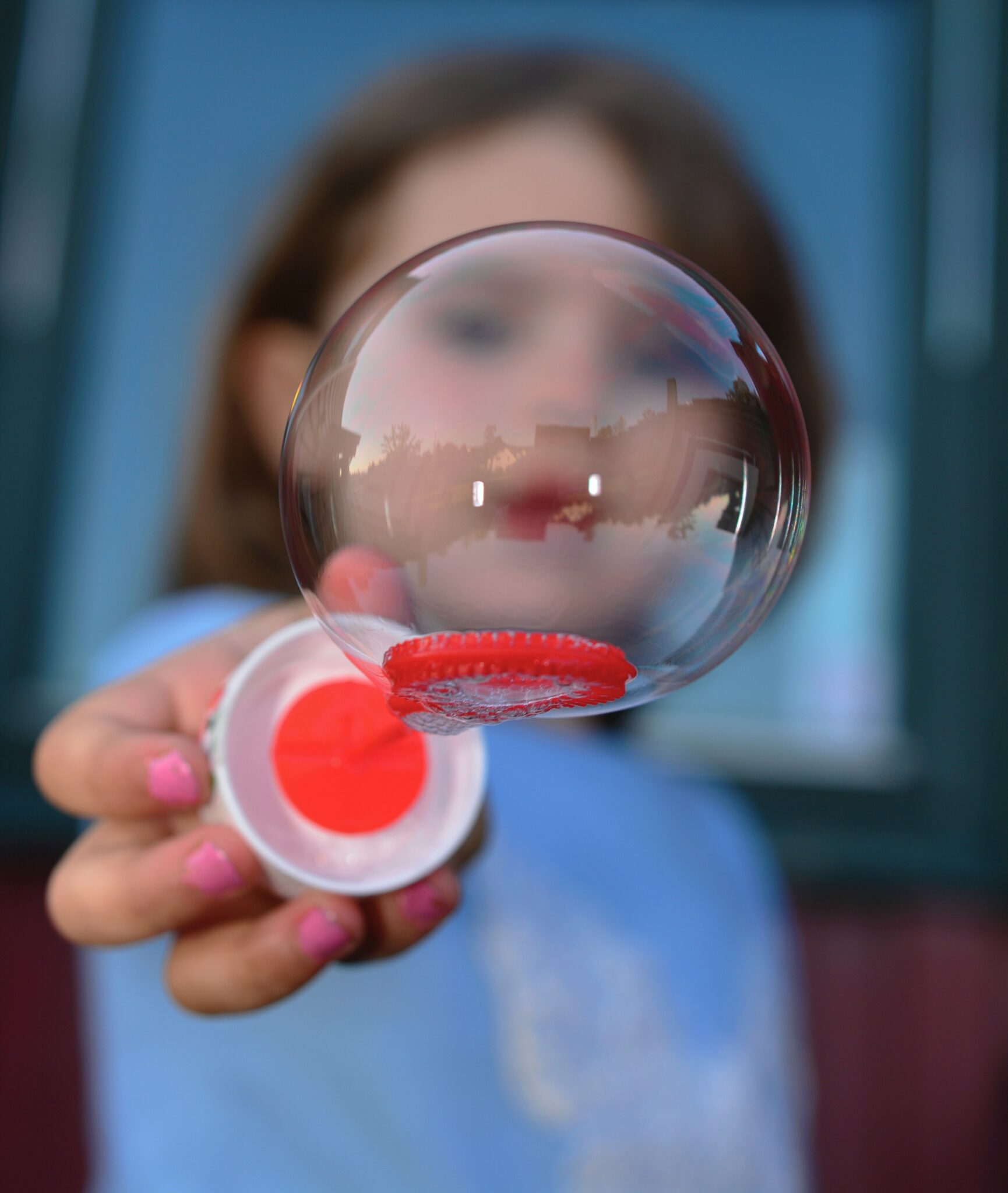 “We are all at a wonderful ball where the champagne sparkles in every glass and soft laughter falls upon the summer air. We know, by the rules, that at some moment the Black Horsemen will come shattering through the great terrace doors, wreaking vengeance and scattering the survivors. Those who leave early are saved, but the ball is so splendid no-one wants to leave while there is still time, so that everyone keeps asking, “What time is it? What time is it?” But none of the clocks have any hands.”

– From Supermoney by Adam Smith.

For those of us that have been investing for some time, there is a feeling of Déjà vu all over the financial markets.  In the midst of a global pandemic, the S&P 500 is up over 15% over the last year as of the time of this writing.   Technology stocks, as measured by the QQQ index fund, are up almost 50%.  Speculative asset classes and other individual stocks are being treated more like casinos than investments.  So that begs the question, are we in a stock market bubble about to pop like in 1999? 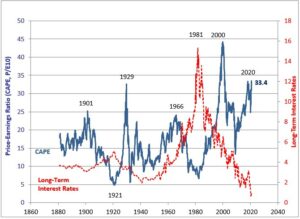 Using a simple valuation metric such as the CAPE ratio (measuring price to earnings smoothed out over a 10-year period), the S&P 500 is now at the second highest valuation ever.   But fundamentals are only a portion of what causes an asset bubble.  Psychology and sentiment also play a big factor.  Nobel Prize winner Robert Shiller (who invented the CAPE ratio) defines a bubble using the checklist below:

Somewhat amusingly, Shiller took that methodology from what psychologists use to diagnose mental illness.  Does today’s market check those boxes?  It’s hard to ignore some of the recent examples:

A sneak peek of one of our top secret trading strategies. h/t @ryanfeller_ pic.twitter.com/V2PFee7vu4

This 32-year-old put everything he had in Tesla and became a millionaire. Meet Brandon Smith https://t.co/2IIFAc4AhG (via @wealth) pic.twitter.com/9hluTaLJqD

Valuations matter in a world of linear growth.

Valuations matter much less in a world of exponential growth.

This is why one is valuation sensitive and the other is not.

And I’m not sure what category the story below fits into.  A group of investors on a Reddit message board caused something called a “short squeeze” in GameStop last Friday, halting trading after the stock was up 69% in one day.  It continued to rip higher this week and has gone from $19 a share to start the year to over $300 a share as of this writing.  They are also piling into other stocks causing the same results.

GameStop was halted for trading after shares surged around 69% https://t.co/oHfavJPtWt pic.twitter.com/AjuPvOldPp

Bubble?  The manic behavior does seem to be contained to relatively few names right now (Tesla, Gamestop, Bitcoin etc.).  And it does not seem to be spilling over to the broader market yet.  But this kind of behavior seems to only occur during bubbles.   So, does that mean that you should sell your stocks and wait out for a moment to buy back in at a cheaper price?  It’s not quite that easy.

In 1996, noting the behavior of market participants driving up the prices of technology stocks, Federal Reserve chairman Alan Greenspan muttered the famous words “irrational exuberance” to describe investor behavior at the time.   In hindsight, he was correct in identifying the burgeoning stock market bubble during that speech.    The NASDAQ went on to go up 21.48%, 83.93%, and 104.41% annually in the following 3 years.  This kind of behavior can go on much longer than you think.

The majority of the market is not terribly overvalued 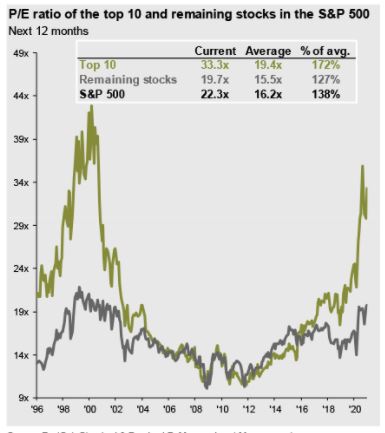 The biggest stocks in the tech-heavy S&P 500 have been driving a lot of the stock market returns this past cycle (Apple, Amazon, Facebook etc.).  If you remove the top 10 stocks you get a market that is expensive, but nothing that screams a bubble.  Stocks in sectors such as energy, and financial sectors are still waiting to break out of levels they reached in the housing bubble of 2008.  This extends around the world as well as international markets are still trying to catch up to the US.

The nature of the industry

I know that “this time it’s different” are the four most dangerous words when explaining the stock market.   But this environment and the stocks that dominate it are not like 1999 or even 2008.  I’ll let Howard Marks tell you why:

But there are real differences as well.  We’ve rarely had businesses as dominant as the tech leaders, with the growth runways they have and the profit margins and capital efficiency they enjoy making them more dominant with each passing day.  We’ve never seen businesses with the ability to scale as rapidly and frictionlessly.  We’ve never had such a catalyst for technology adoption as we’ve had in the coronavirus pandemic.  We’ve had a boom of new public companies coming to market, both through IPOs and SPACs, reversing the long trend of a shrinkage in the number of public companies.  We’ve never had interest rates as low as they are and as likely to stay low for as long as has been telegraphed.  The Internet has permeated the world and changed it, and business models have evolved in a way that makes today’s situation incomparable to the Nifty Fifty or the Dot Com Bubble of the late ’90s (for example, in 1998 there were 150 million Internet users globally; today there are more than that in Indonesia alone).

Yes, the market could continue its run just like it did at the end of the 90’s.  And based on the business model of today’s biggest companies and low interest rates it could go even further than that from a valuation perspective.  But the NASDAQ lost 80% of its value from peak-to-trough after the dot-com bubble burst in 2000 and took almost 15 years to get back to prior highs.  A number of the companies in investor portfolios at the time either went bankrupt, merged with other companies at a big discount, or are still below their 1999 highs.  It’s a great time to take a look at your allocation and expectations for your portfolio to see if taking profits in winners, allocating to more undervalued sectors in the market, or getting more defensive makes sense for you.

What Should Bond Investors Do Now?